A Flair for Design 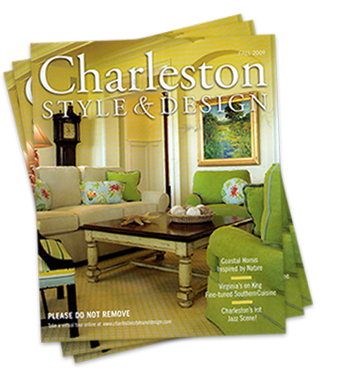 A Flair for Design – Custom Cabinetry designer Melissa Koger Watson is a fourth-generation Charlestonian whose love of design has its roots in a childhood spent traveling the world as the daughter of an Army major general. “To come into this type of business doesn’t just happen,” Watson said. “For me it came from being able to travel the world with my parents and see the beautiful cities, art galleries and museums.”

The founder of Spartina Cabinetry and Design Consultants, LLC in Mount Pleasant, Watson is a turnkey kitchen and bath designer whose talents reach far beyond cabinet hardware and finishes. While she designs cabinetry to order, she also assists clients in choosing lighting and plumbing fixtures, countertops, paint colors and finishes while lending her expertise in choosing finishes such as fireplace surrounds, tile and flooring. “I’m a cabinet company, but I’m also a design firm,” Watson said. “I believe I’m unique because I do have that interior design background. I’ve always felt that people like working with just one person. For any questions through the whole project, they’re going to come to me or to the general contractor. It just makes it a much smoother process.” Watson launched her businesss in 2007, just as the booming housing market was heading into recession.

That hasn’t kept Spartina, named for the hardy marsh grass that blankets the Lowcountry, from gaining a foothold with coastal clients. “Builders aren’t pulling permits like they were in 2007, but I’ve been consistent,” Watson said. “I think I’ve ridden the wave in this economy because I’m small.”

Everyone who works with me is an independent contractor, and at the end of the day, it’s me. I build the relationships with the client, I design the job, I sell the job, then I go out to the site and field measure. You definitely have to get in the trenches and you have to be able to lead the team.”

During her first three years in business, Watson has developed a solid clientele along the Lowcountry coast. Projects range from small condo renovations to large custom homes with a variety of budgets, but clients have some things in common.

“They’re all fairly sophisticated in their tastes and they know what they want,” Watson said. “They’re well educated. They’ve done their research.” In the current economic slump, Watson said her business is being driven more by renovations than new construction. “It’s a sign of the times. People know they’re not going to get top dollar for their house, so they’re staying where they are.”

Consider the kitchen in the Isle of Palms vacation home of Toni and Charlie Muse, built in 1988. The couple recently decided it was time for the 21-year-old navy-and-mauve floral wallpaper and Formica countertops to go. They had already reserved a granite slab for the new kitchen countertop before meeting with Watson, who was pleased with the selection and set out to help the couple select complementary cabinet finishes. “The first one she showed us was so beautiful and perfect that we didn’t look at any others,” Toni Muse said. “It’s a maple – the finish looks almost like pine – and it’s slightly distressed. It’s a medium tone, and the island we painted black. She made suggestions that just far surpassed anything we thought we could do, and it turned out more beautiful than we thought.” Watson said a current trend is for lighter cabinetry around the perimeter and a darker finish on an island, especially in households where children may sit on the countertops and bounce their feet against the counter. Distressed finishes with an antique look are also popular. The Charleston market tends to lean towards traditional styles, but newcomers from other regions sometimes look for sleek, more contemporary styles. Clients, who mostly come to Spartina through referral, have lately been captivated by countertops in oyster stone, which features real oyster shells embedded in a resin composite. “Of course, in our market, people just love it,” Watson said. “It’s stunning, but pricey. It can cost well over $100 a square foot, whereas granite would be in the $50’s.”

Also, increasingly popular in the same price range, she added, is another countertop choice featuring a combination of the pearl-white oyster stone and chunks of recycled turquoise glass.

All of her cabinet manufacturers meet “green” standards and use hardwoods from sustainable suppliers. The technical side of cabinet design, combined with the creative element, is what initially attracted Watson to her craft. After earning her degree in Interior Design from Converse College in 1992, Watson worked on large-scale construction projects for Marchant and Company in Atlanta. She later returned to Charleston and a position as a residential designer with Southeastern Galleries. After her marriage, Watson moved back to Atlanta where she represented Designer Carpets in the Atlanta Decorative Arts Center. Returning to Charleston in 2004, Watson, by then the mother of a young son, joined a local kitchen and bath company and found her niche in a male-dominated industry.

For a new custom home in Cainhoy, he kitchen is the showplace. “It is so much more than I could ever imagine,” said homeowner Shelley Keith. The kitchen is warmed by soft distressed cabinets in a pine-hued finish and wrapped by views of the Wando River. A custom hood crowns a massive 48-inch gas range with a handmade tile backsplash in Old World style. Farmhouse faucets compliment a custom copper sink initialed with a “K” to represent the homeowners. The inspiration for the entire room came from one piece of furniture, an antique pine hutch which was one of the first pieces of furniture purchased by the Keith’s after their marriage. “It’s probably my favorite room in the house,” Shelly Keith said.

“The kitchen is the heart of the home,” Watson concluded. “That’s where everybody congregates. You can’t get people out of the kitchen when you’re having a party. It’s a comfort zone. It’s where you’re going to get the return on your investment.”

Article Featured in the Fall 2009 issue of Charleston Style & Design.